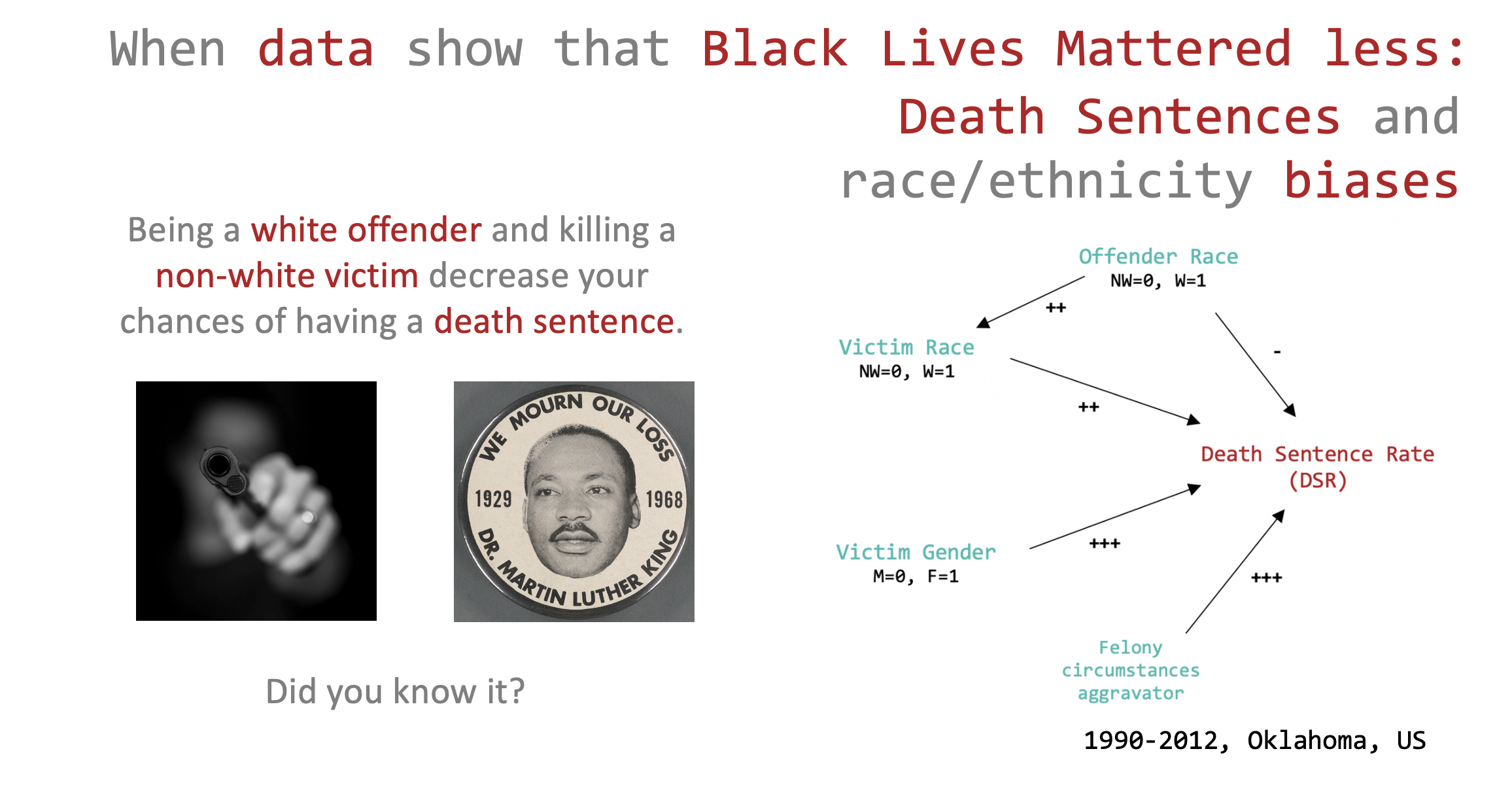 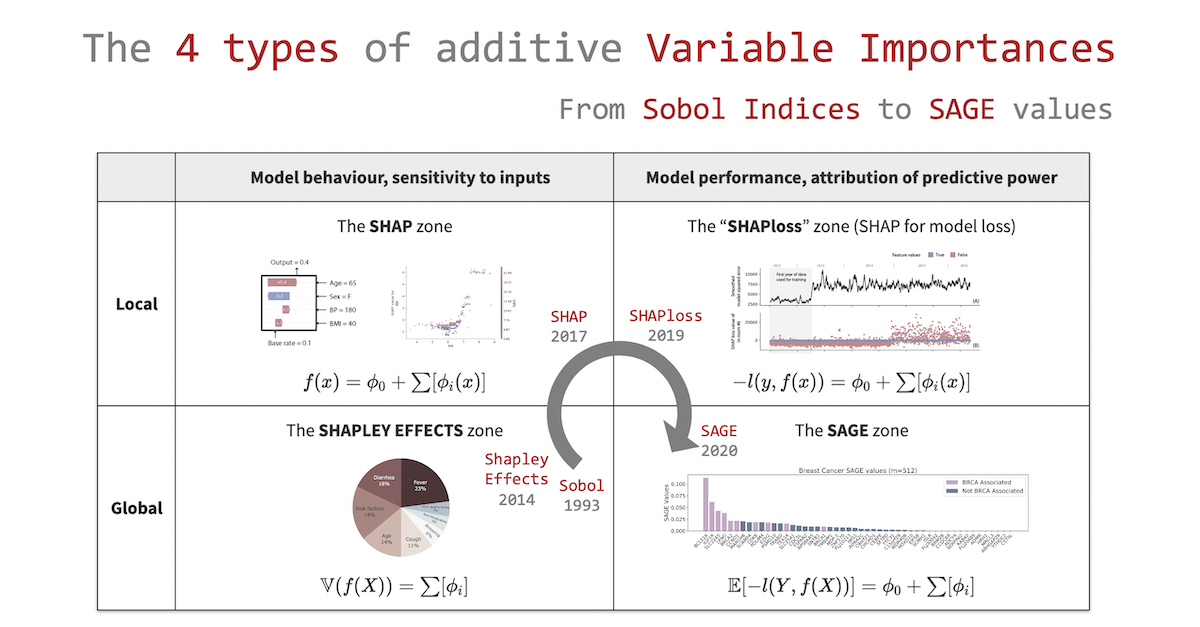 This article addresses a very serious topic in our post-slavery, post-colonisation and post-segregation world. How is it that, while laws explicitly condemn disparate treatments or outcomes1, there are still clear differences? These differences move part of the public opinion - and that should move everyone by the way because this problem is not going to resolve only with minorities.

This post will expose and explain a situation where Black Lives Mattered less. In Oklahoma, from 1990 to 2012, 143 offenders were sentenced to death. In 2017, Pierce et al.2 collected and analyzed the homicide data (4668 offenders) and the death sentences. It shows that there are several race/ethnicity effects involved in the death sentences outcomes. The paper contains all details. Terminology used (“nonwhite”, “race”) comes from the paper. I don’t like the “nonwhite” term, but I cannot easily replace it each time with Black, Hispanic, Native American and Asian. I will stick to it in this post.

If you are in a hurry, go and see the conclusions.


1. Educated guess about the best/worst odds for death sentences?

Although the topic is very serious, I would like to know your first thoughts on what the potential biases could be. Assume that there is an offender3, judged for a “willful (non-negligent) killing”. We don’t know anything about him.

What would decrease the probability that he is sentenced to death?

What do you think? You can put your answer in the comments below.


2. From homicide offenders to death sentences, an apparent equality of outcomes

Let’s go back to Oklahoma, where authors have compiled homicides3 and death sentences4 for the 1990-2012 period .

An overview by race/ethnicity gives us a first glimpse of the story:

The equality of DSR (Death Sentences Rate) is a central notion of fairness here and we will compute it along multiple dimensions. DSR is defined as the number of Death Sentences divided by number of Homicide Offenders.

So, DSR looks similar whatever the race/ethnicity of the offender. Has the full story being told for Oklahoma? No, it has not, there is far more.


3. Death sentence rates by race/ethnicity of victim tells an other story

An other perspective is to consider the race/ethnicity of the victim and not of its offender. It is, literally speaking, the ideas behind the “Black Lives Matter” motto.

However, are there other strong DSR disparities that should be considered before concluding that these differences of outcomes are discriminatory.


4. There is also a strong gender-of-victim effect

An other victim characteristic should be considered: the gender. It has actually a large effect: DSR for female victims is 7.2% vs 1.6% for male victims. In other words, a female victim multiply the odds by 4.5 (= 7.2%/1.6%) of being sentenced to death, vs male victims.

How do the 2 effects (race/ethnicity and gender of victims) combine? We could argue here that maybe there are more women among white victims, which would explain why the DSR of white victims is higher. In that scenario, there would potentially be no discriminatory effect (assuming that it is ok to condemn more seriously when the victim is female).

There is no Simpson-like distortion effect: there is a clear white vs nonwhite spread of DSR both for female and male. The more striking effect is for male victims: a white victim multiply the odds by 2.9 (= 2.3%/0.8%) of being sentenced to death, vs nonwhite victims.

Let’s consider potential other factors before wrapping it up.

Before jumping from previous analyses to conclusion of discriminatory effects regarding the race/ethnicity of the victim, we need to think and test for possible confounding factors.


6. A “causal” interaction graph to sum it up

To account for possible confounding effects and to reason ceteris paribus, authors have run a logistic regression with all previously mentioned variables. I encourage you to go and see the results in the paper (Table 11). But for simplicity, I have translated it into a “causal graph”6 while reporting the regression coefficients as direction and intensity on arrows (+/-) pointing to DSR. The last arrow from Offender Race to Victim Race accounts for the observation that White offender kills mostly white victims and reversely.

The picture becomes clearer, the Death Sentence Rate is:

Note that these 2 effects are partially cancelling in general. We mentioned that the typical cases are white offenders killing white victims and nonwhite offenders killing nonwhite victims. In those cases, the 2 effects partially cancels themselves, so the DSR are similar. However, in the less frequent “cross-race” homicides the effects adds up and lead to significant differences in DSR.

So, to answer our first question, given a homicide offender and we don’t know more about him:

Note that this statement is drawn from analyses of the 1990-2012 death sentences in Oklahoma.

More generally, note that there are overwhelming evidence of discriminatory effects in the criminal-justice system in the US. These two Washington Post articles by Radley Balko are listing a lot of them.